MISSIONS REPORT - REVIVAL CHURCHES NETWORK BURUNDI
Hi, my name is Aminatha Cisse, I am 22 year old, I have a single child, I would like to thank you very much for the songs and sermons that pass on your radio, yesterday's sermon of Pastor Philipp I loved and it helped me completely, I got saved and I knew there is a good way how to receive Jesus Christ, when he was praying I prayed and I am now saved and I go to church and thank God for that sermon, I was a Muslim but through the preaching of the pastor I was saved.

Shalom, this is a testimony from Hope Radio. The radio that Pastor Philipp preached, This radio is here in Bujumbura is also heard in 3 countries (Rwanda, Tanzania and Drcongo).
Hello, thank you very much for the teachings and prayers of the guest Pastor Philipp I am here at the hospital (Hospital Roi Kheled) I have been here for a year now I have suffered from cancer thank you for the pastors prayers, now I can eat and walk thank you very much also tell him welcome back to Burundi. Diella Minani

Praises be to the Lord Jesus, I am called Bijoux, a singer in the Church of Revival Center here. I had a swelling in the stomach, I suffered with these diseases since 7 years, the Doctors tried to do a lot but the pain was a lot regularly, but on Sunday the guest shepherd he began to pray for us, he said everyone put his faith in Jesus, I put my faith in Christ and I found my miracle, then intercession, from Monday the swelling was gone and I went to the hospital and now I am healed, Thanks to God for healing me.

Lord Jesus be praised forever, my name is Mwamini Zubeda I pray here Kamenge at PJC / REVIVAL CENTER, it was on a Sunday in a meeting and the Lord Jesus healed me, and I'm still doing very well. Occasionally every morning it hurt me, but from that day until today I am fine. God be praised.

My name is Aziza mlenda, I live in Uvira-Mulongwe, I would like to thank God for the prayers of Pastor Philipp he preached through Hope Radio. I was at home suffering from malaria and typhoid. The servant of God was praying for people on the radio, I received the healing power, he was in Burundi but I was in Drcongo the power of prayer came to me and I received healing. Praise and honor return to him. Amen, glory to Jesus Christ

MISSIONS REPORT - REVIVAL NETWORK UGANDA
Today we opened a church officially after four months of evangelism teaching and follow up. Below is the team of members that will be leading the church untill we choose a pastor from them. It was a great day many people gave their lives to Jesus and we baptised two on the near by rive that we had to block the water flow to get a good volume. - Missionary E. 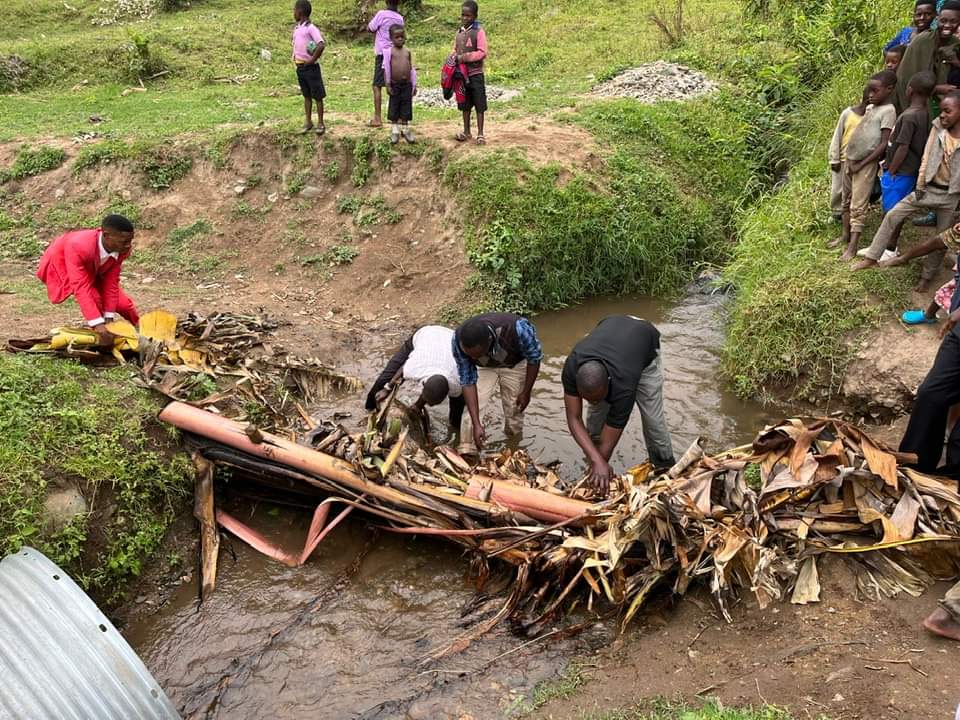 MISSIONS REPORT - REVIVAL CENTER PAKISTAN
A few days ago, our door was knocked in the middle of the night at 2 AM. It was one of the masons working on the Revival Center Building in Pakistan. He was very depressed and asked me to come with him to his home. When I reached there I saw the situation was really bad. His wife and one of his daughters were heavily possessed by a very strong demon. The woman's hands and feet were totally bend inside out and she was fainted and paled. And the children were unconscious. The man was crying and couldn't help himself. He told me that the girl was sick and the mother started to pray by laying her hands over her. But the demon was so strong that he possessed the mother as well. And by looking at the scene the other children started to scream and cry and fainted. I spent one and half hours with that family. I prayed and shared the scriptures. The woman was released after a loud scream and followed by the girl. The children were released too by the Power of Holy Spirit. The demon was so strong he told me that it was never gonna leave the family because it was there from their ancestors. I didn't negotiated with it and commanded it to leave in the name of Jesus Christ. There is the power in the name of Jesus Christ. There is a power in His Blood. No demon can withstand the power of Holy Spirit. Hallelujah 🔥🔥🔥
- Pastor I.